19 Feb What is Motion to Suppress in a Court Case?

Posted at 21:59h in Deposition Academy, Depositions by Matt McWilliams

What is Motion to Suppress?

Legal terminology and proceedings are confusing for many people, especially for those who don’t deal with them every day. Hopefully, there are no legal cases in your future, but just in case, there are some terms you may want to become familiar with. In this article, I’ve collected information on “motions to suppress” – what it means and why it may be used in court.

So, what is a motion to suppress in a court case? Most often associated with criminal cases, a motion to suppress is a request made by a defendant asking the court to exclude certain evidence from trial. As always, rules are governing the use of this motion and whether or not it can be upheld – according to the US constitution, a state constitution, or other statutes.

A motion to suppress is based on the “exclusionary rule” that excludes from trial any evidence obtained in violation of the defendant’s constitutional rights. Some examples you may be familiar with include unlawful search and seizures, or confessions/statements made under a Miranda violation. 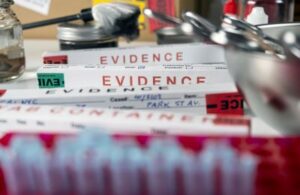 When is a Motion to Suppress Applicably?

In cases when a defendant’s rights have been violated, according to the rules of evidence, an attorney can move to suppress all or specific evidence that was obtained during that violation. At the same time, the motion to suppress evidence must be presented to the court promptly.

As with anything under the law, rulings may depend on the circumstances. For example, evidence may be excluded if it was obtained as a result of a substantial violation of the defendant’s rights.

The word substantial can be interpreted in different ways. A violation may be substantial depending on factors such as the extent of the deviation from lawful conduct, the extent to which the violation was unlawful, and whether or not the officer acted in good faith.

Suppression is appropriate only concerning the violation of the defendant’s rights, not those of a third party. Some other examples of the applicability of a motion to suppress may include whether:

When Should You Present a Motion to Suppress

Some specific proceedings and requirements must be met when leading up to a trial. If your attorney is looking to file a motion to suppress, they must follow certain timing rules. Generally, a motion to suppress must be made before the start of the trial. However, certain circumstances allow the motion to proceed once the trial has begun.

During the trial, a motion to suppress may be put forth if the defendant did not have a reasonable opportunity to make the motion before trial – such as discovery presented after the start of the trial.

How Do You File a Motion to Suppress?

The rules and procedures that must be filed throughout a court case are complicated and depend on many different factors. As an individual unfamiliar, or outside the expert knowledge of the law, you may have a difficult time following when and how you should file a motion to suppress evidence. Luckily, your attorney will know what to do.

If it has been determined that there are grounds to support the suppression of evidence in the trial, your attorney will file a formal motion to exclude the evidence. The motion to suppress will be heard by the judge deciding the case, often through a hearing where both sides may argue their reasoning.

Certain cases may be dismissed simply based on the evidence presented. Before trial, if an attorney has grounds to exclude evidence from trial and that evidence is the only thing the prosecution has, the defendant can make a move to have all charges dismissed and the case can then be concluded. 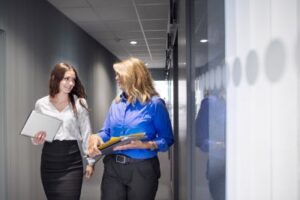 What is the Burden of Proof in a Motion to Suppress?

So far, we have explored filing a motion to suppress evidence, when that motion is applicable, and how it can be filed in court. Now we will discuss the burden of proof and the possibility that the motion may be denied.

A motion to suppress is filed by the defense. Now it is the prosecution’s job to establish that the evidence was reasonably obtained. The burden of proof falls on the prosecution.

As always in legal cases, the results will depend on the circumstances and the only way an objection or motion will be considered is if the argument is valid and strong. Police officers are legally able to conduct searches, such as in traffic stops or at homes, without warrants if they feel there is probable cause. This causes challenges for the defense to overcome if they wish to have evidence excluded.

Motions to Suppress and Standing – What Does it Mean?

Essentially, standing is a legal way of saying that there must be a valid argument, and the reasoning must be able to be demonstrated. As was previously mentioned, once the defense has filed a motion to suppress evidence, there will be a hearing where both sides can argue their sides.

A pretrial hearing will allow both the defense and the prosecution to present additional evidence that supports why the evidence in question should be considered or excluded. The judge presiding will then decide whether to grant or deny the motion. At this time, the trial can either be dismissed or move forward, with or without the evidence, as a result of the judge’s decision.

How Can You Win a Motion to Suppress?

If you are the defense, there are certain things you can use in your argument to exclude evidence that will be more likely to result in a granted motion. Some of those tips include: Motion for change of venue

Motion to disclose the identity of an informant

Do Depositions Become Public Record? What You Should Know

7 Tips To Use to Win a Deposition